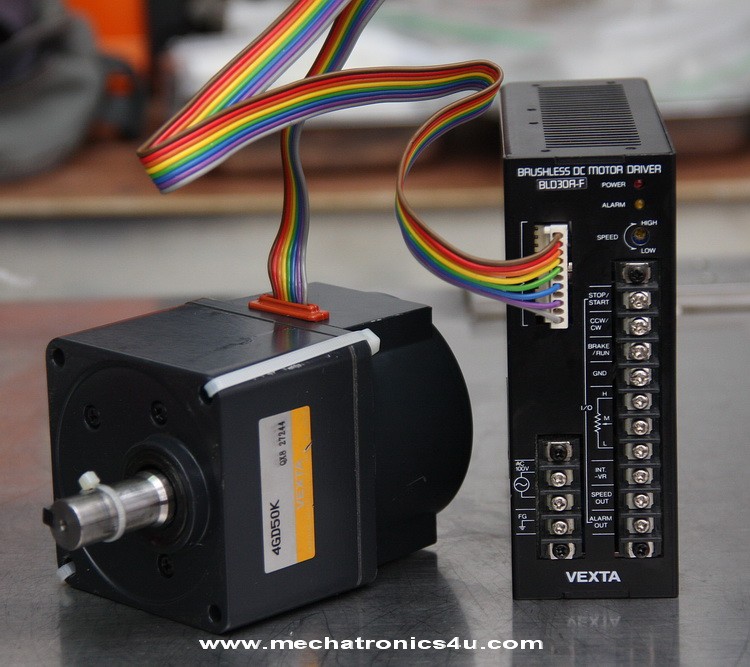 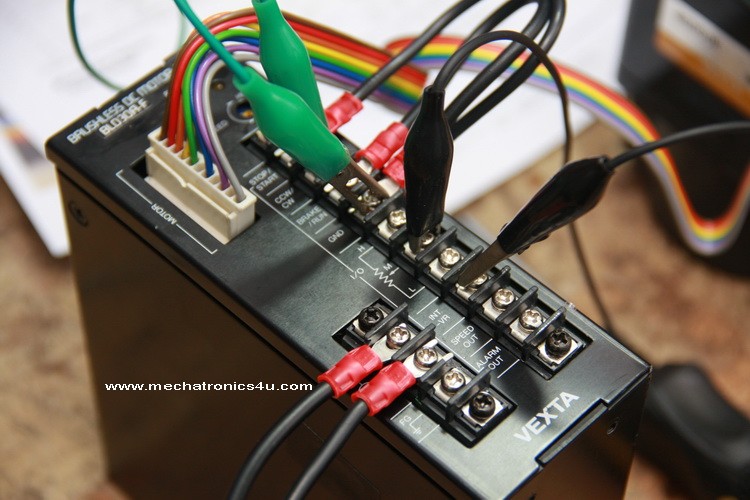 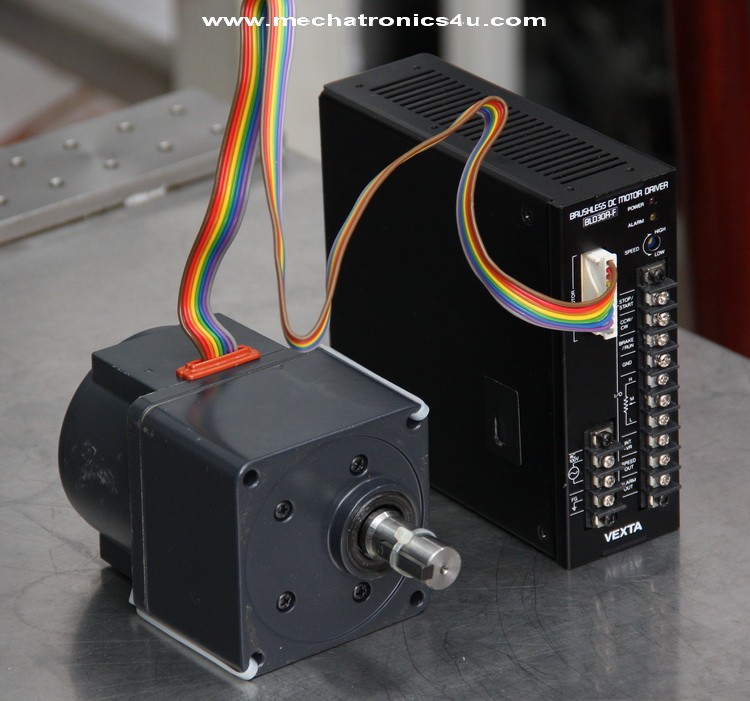 The brushless motor has a built-in magnetic element or optical encoder for the detection of rotor position. The position sensors send signals to the drive circuit. The brushless motor uses threephase windings in a "star" connection. A permanent magnet is used in the rotor.

A Hall effect IC is used for the sensor's magnetic element. Three Hall effect ICs are placed within the stator, and send digital signals as the motor rotates.

The motor windings are connected to switching transistors, six of which make up the inverter. The top and bottom transistors turn on and off, according to a predetermined sequence, to change the direction of current flow in the windings.

The mechanism of brushless motor rotation can be described as follows: In step 1 of the transistor's switching sequence, as shown in the following figure, transistors Tr1 and Tr6 are in the "ON" state.

At this time the winding current flows from phase U to phase W, and phases U and W are excited so that they become N and S poles, respectively, thus causing the rotor to turn 30˚. Repeating such a motion 12 times thereby facilitates rotation of the motor.

The drive circuit of the brushless motor is connected in the
configuration shown in the figure below, and is comprised of five
main blocks.

The current flow to the motor varies according to the load. It is constantly detected and controlled so that the speed will not deviate from the set speed.

The logic circuit detects the rotor position by receiving feedback signals from the motor's Hall effect IC and determines the excitation sequence of motor windings. The circuit signal is connected to each transistor base in the power circuit, driving the transistors according to a predetermined sequence. It also detects the motor's speed.
The logic circuit is also used to control commands to the motor, including start/stop, brake/run and CW/CCW.

This circuit converts a commercial power supply into the voltage necessary to drive the motor and control circuits.

The speed – torque characteristics shown in the figure below is typical for all inverters.
The speed of an inverter varies depend on the frequency of the voltage applied to the motor. Accordingly, the speed also changes due to the load torque, which is equal to the induction motor.

The speed – torque characteristics shown in the figure below is typical for all AC speed control motors.

● Safe-Operation Line and Permissible Torque When Gearhead is Attached

Input power to the speed control motor varies with the load and speed. The greater the load, and the lower the speed, the greater an increase in motor temperature.

In the speed – torque characteristics of AC speed control motor and inverter, there is the safe-operation line, while the area below the line is called the continuous duty region.

The safe-operation line, measured by motor's temperature, indicates its limit for continuous operation (30 minutes operation for a reversible motor) with the temperature level below the permissible maximum.

When using a gearhead, be aware that it is necessary to operate below the torque in the "gearmotor – torque table." If the actual torque required exceeds this torque, it may damage the gearhead and shorten its life.

The following explains the relationship of load factor and speed ratio. Usually, a motor is often used in combination with a gearhead. The following assumes such a configuration.

To operate your motor over a wide speed range, choose a type that offers high starting torque (a motor with the next larger frame size). With a brushless motor, the operation speed range remains wide regardless of the load factor, as indicated by the dotted line.

◇ Speed Ratio When a High Ratio Gearhead is Used 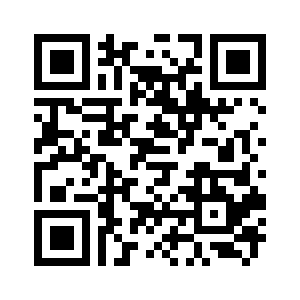